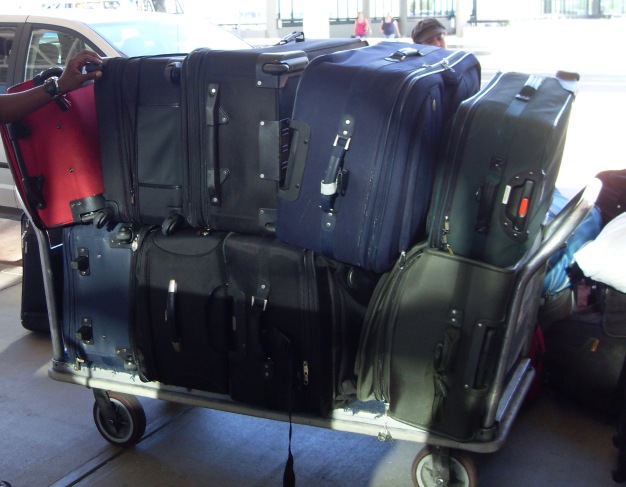 Losing your stuff: what to do when your luggage goes astray
Guest Post by Dan Greene

If you’re an avid traveler, it’s your worst nightmare.

There is nothing worse than coming to the realization that your things have gone missing whilst you’re abroad. Whether it’s your own fault or not, we can all relate to that sinking feeling in the pit of your stomach as soon as you notice you’re without a suitcase or bag.

More often than not, it’s surprisingly easy to recover or file a claim for your missing belongings – although you’re likely wanting to do to the former. Depending on where you last saw your case or bag, it’s worth asking around to see if anybody can help identify it. If you’re in the airport, head straight to the help desk and let them know of the situation. Your case could have been handed in, and if not, security cameras will hopefully locate its whereabouts.

Of course, this is a little bit trickier when generally out in public. It’s still worth asking around, but chances will understandably be slim. Thankfully, if you have travel insurance, you will be able to file a claim for whatever you’ve lost. Sure, it isn’t the ideal solution to the problem at hand, but it’s better than being left out-of-pocket and without your stuff.

Filing a claim for your missing belongings can potentially be tricky, depending on the circumstances under which you lost them. If your suitcase doesn’t make its way around the carousel once you arrive at the airport, insurers will cover any expenses made when buying clothes – although TINZ highlights how limits do apply, so don’t go unnecessarily overboard. If you return from a day out to find your valuables missing from your hotel room’s safe, you’ll be covered for this, too.

You’ll also be covered for things such as pick-pocketing and bag snatching, a scary phenomenon on the rise in many countries. In various parts of the world, thieves have now resorted to riding past tourists on bikes and grabbing their bags before speeding off, leaving you dazed and unable to react quickly enough. Invest in a cross-body bag to significantly reduce the chances of this happening to you.

There are certain circumstances where you won’t be able to file a claim on your lost belongings, however. Leave your items with a stranger and you won’t have reason to claim for them if they go missing, as they won’t be insured. You’ll also need to be sure that if you leave something in the car and in plain sight for anyone to see, you won’t be covered should it go missing. If your belongings are hidden in the car and are still stolen, you will be covered. It’s confusing and complicated but ultimately makes sense.

To avoid the complications of lost luggage when traveling, stay vigilant and aware. There are plenty of tips and tricks online you can take on board, but it all comes down to playing it safe and keeping your stuff by your side at all times. Too often, travelers fall victim to theft or misplacement of their belongings, perhaps because they’re swept up in the stress and excitement of something else – just keep your eye on your things and you’ll avoid an exhausting process of trying to get them back.