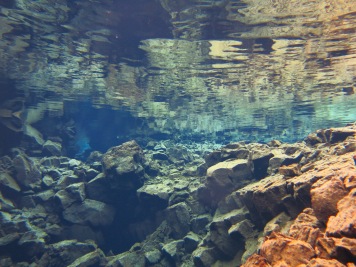 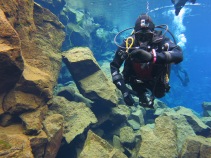 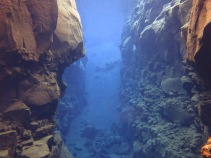 I’ve said it before…and I’ll say it again…I’m convinced that blue is God’s favorite color.
My first opportunity to go scuba diving presented itself to me a few months ago in Hawaii. I’ve always loved the water; swimming, floating, watching. It’s depth and power fascinate me. So I was in Hawaii and took one scuba diving excursion and knew that this was something I’d want to do again and again. I was presented with the opportunity to become a certified scuba diver and, after some contemplation, I jumped on the chance. I’ll admit, it wasn’t all easy. There were certain aspects that I didn’t really enjoy (mostly the cramming of technical information into my brain so that I could pass the written test required to become licensed). But being in the water and observing how life under the surface moves at a much more relaxed pace was amazing to me…so peaceful…perfection.

After passing my course with flying colors I decided to further my scuba training in Seattle…in cold water. It’s a very different experience, mainly because the water is literally freezing. When that training was finished, I said to my dive partner “I’m happy to have had this experience. But I don’t think I’ll ever choose to dive in cold water. Unless I go diving in Iceland or something.” **LIGHTBULB MOMENT**
And the research began. A simple google search, ‘scuba diving in Iceland’, presented Silfra to me.

The Silfra fissure is located in Þingvellir (Thingvellir) National Park and is the space between the Eurasian and Americana tectonic plates. Due to continental drift, the fissure opens about 2cm each year causing earthquakes and eventually, cracks and fissures in the land. Literally Iceland is splitting itself. The dive guides here say that the character of the opening changes a bit each day. Every day another boulder has fallen in, creating a small opening or blocking the path just a bit. The water was about 35 degrees (F) and it is the clearest and cleanest you’ll ever experience. The water in the Silfra fissure comes from Iceland’s second largest glacier, Lángjökull, which feeds water into the fissure from underground. This water is clear, pure, and fresh enough to take a drink…and that’s the first thing I did when I entered. From the surface it just looks like a big stream. But then I put my face in and saw the most overwhelming blue for about 100 metres ahead of me.

For two sessions, about 45 minutes each, I drifted through the space between two continents. Parts were quite deep and other parts were very shallow. There were huge boulders along the side and the bottom, some wedged into openings requiring me to maneuver over or under. Some were the color of brown earth, some like red or orange earth, and they were the only thing occupying the space because the frigid temperatures don’t allow life to thrive. Silfra connects to Þingvallavatn Lake which is full of life, but I was told that none of it enters the fissure and if it does, it doesn’t stay very long at all.
There were moments when I was completely overwhelmed by what I was seeing and experiencing. To look in front of me and see that, in more than 100 metres, there was a huge blue wall which was really an incline of white silt and sand; to look overhead and see the bubbles from my own exhale ascending to the surface of the water, through which I could see the sky as clear as if I weren’t underwater; to look all around me and know that I was quite literally between two continents, two tectonic plates holding back enough force to split the earth; yeah…I was overwhelmed and in complete awe. I am still overwhelmed and in complete awe. I have words and pictures and video and I’ll still never be able to completely grasp the beauty and peace of this place.
But it’s real…
Silfra…
Pure, clear, crisp, BLUE.

8 thoughts on “Silfra…the space between continents”